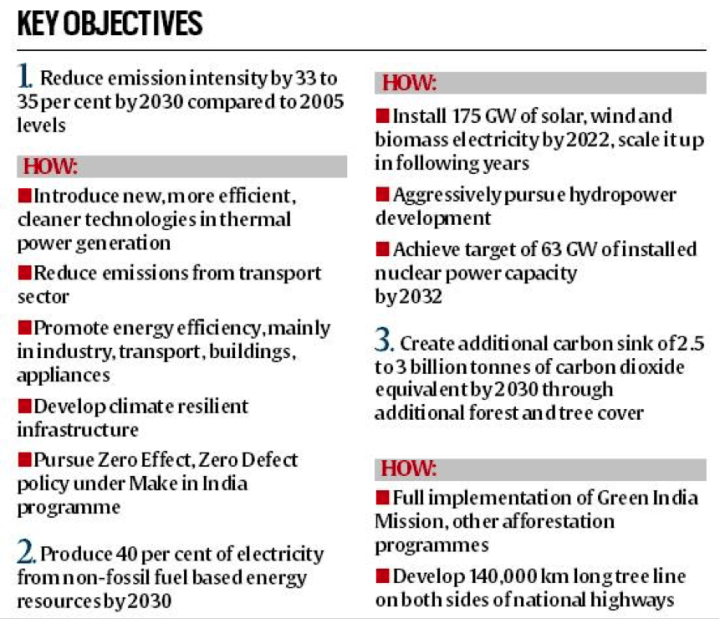 How much it will cost?

What are India’s ongoing efforts to achieve its climate objectives?

Where does India stand as a polluter?

India is the fourth biggest emitter of greenhouse gases after China, the United States, and European Union as a whole

How will India fund these measure?

Are this INDC (and Paris Agreement at large) viable?

There are several challenges: