India as a major partner

Changes in US export law to benefit India:

India and US are moving towards three “foundational agreements”

Significance of these agreements:

Critically comment on defence cooperation between India and USA. (200 Words)

While traditionally, India and the United States have not had very close co-operation in High Technology areas that has been changing in the recent past. India and the US are collaborating in a range of areas, out of which Defense is a major area of cooperation.

However, the legacy of Non Alignment along with other strategic reasons is causing a hindrance in closer co-operation in strategic areas like defense manufacturing. While India is the largest democracy, the US is the oldest one and both countries share common ideals and common vision. It is thus imperative that they take a holistic view of their relationship and develop even closer ties.

“A sophisticated engagement with the US is in India’s interests. But there is reason to worry that the escalating nature of our defence agreements with the US will put us on a slippery slope where we may not be able to manage our own geopolitical positioning in the world’s major conflicts.” Critically analyse. (200 Words)

These all are signs of increasing defence and strategic partnership between the two.

These developments certainly benefit India’s defence capabilities and defence Industrial complex but one cannot discard the inclination of US towards India in wake of more assertive communist China and power shift from the west to the east.

India should be wary and cautious because:

However, the concerns may be unfounded because-

India should tread on this path very carefully and not let in any way compromise it stand in the global domain. India would not be able to stress its role in international arena until and unless it is viewed as an independent power rather than walking crutches from US or any other world power for that matter of fact.

Should India be cautious of over indulging with USA?

With increasing defence cooperation as seen by the DTTI ( defence technology and trade initiative) and the LEMOA (logistic exchange memoranda of understanding), India has grown a closer defence partnership with the USA. This could lead to;

However, such fears are unfounded because;

Therefore, though these agreements do not mean an alliance of any sort, India must take care to ensure that it is not perceived so by either her allies or her enemies. What is important is the realization that the Indo-US closeness is just one among many handshakes of India in her quest to build stable international relations. 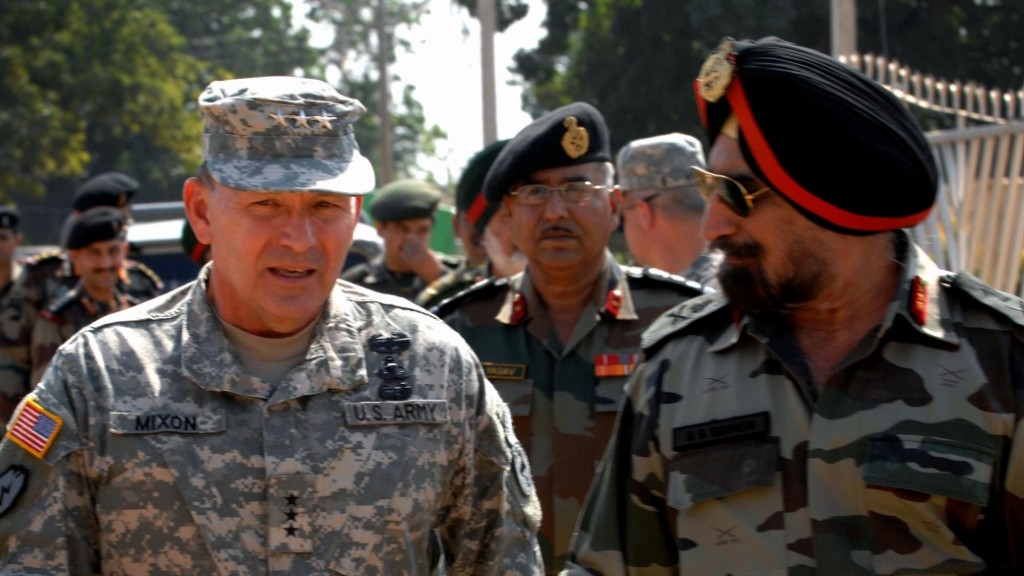