Ministry/Department : Ministry of Agriculture & Farmers Welfare. State Agriculture Departments to be nodal agencies (Why? Since Agriculture is a State subject Schedule VII of Constitution) 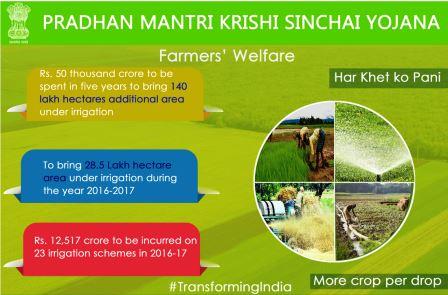 PMKSY funds would be given to states as 75% grant by the central government and the remaining 25% share is to be borne by the state government. For north-eastern region and hilly states, the funding pattern would be 90:10