Skip to content
What is Oxytocin?
Why its sale is being limited?
The drug is used by diary owners and farmers to boost milk production and make vegetables look bigger and fresher. But, it was found that indiscriminate use of Oxytocin in milch animals and by farmers was causing irreversible hormone damage.
Why in news?
The Union government has banned imports of hormone oxytocin to stop its misuse in livestock industry, where it causes hormonal imbalances and shortens the lives of milch animals. 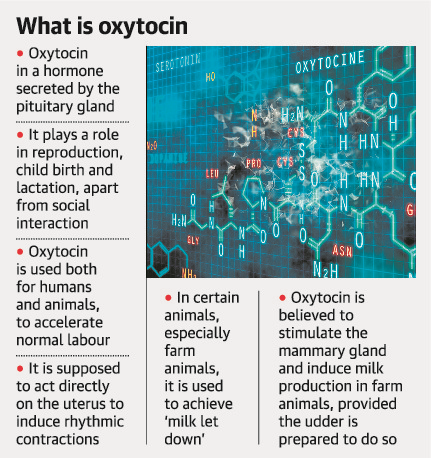