These are the guidelines issued by the Election Commission of India for conduct of political parties and candidates during elections mainly with respect to speeches, polling day, polling booths, election manifestos, processions and general conduct. 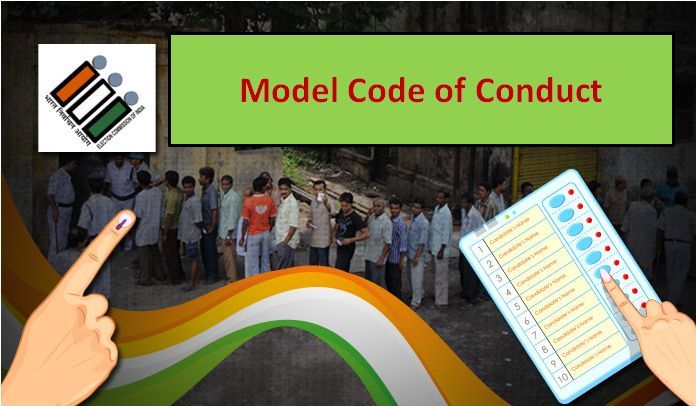 When it comes into force?

The need for such code is in the interest of free and fair elections. However, the code does not have any specific statutory basis. It has only a persuasive effect. It contains what is known as “rules of electoral morality”. But this lack of statutory backing does not prevent the Commission from enforcing it.

The Commission issued the code for the first time in 1971 (5th Election) and revised it from time to time. This set of norms has been evolved with the consensus of political parties who have consented to abide by the principles embodied in the said code and also binds them to respect and observe it in its letter and spirit.

The salient features of the Model Code of Conduct lay down how political parties, contesting candidates and party(s) in power should conduct themselves during the process of elections i.e. on their general conduct during electioneering, holding meetings and processions, poll day activities and functioning of the party in power etc.

The main points of the code are: