Why there is a proposal for providing relaxation now?

After several measures taken for capital infusion in the Public Sector Banks, the Banks are well-capitalised. Banks have not only shown improvement on recoveries but have further de-risked their portfolios. The relaxation would aid banks in exiting the PCA framework.

The Parliamentary Committee on Finance had observed that “It is not clear as to how these banks will turn around their operations with the existing curbs on lending and even deposit-taking in the case of some. This could trigger a vicious cycle in the banking sector and the economy at large”. The committee had recommended reviewing the PCA framework. 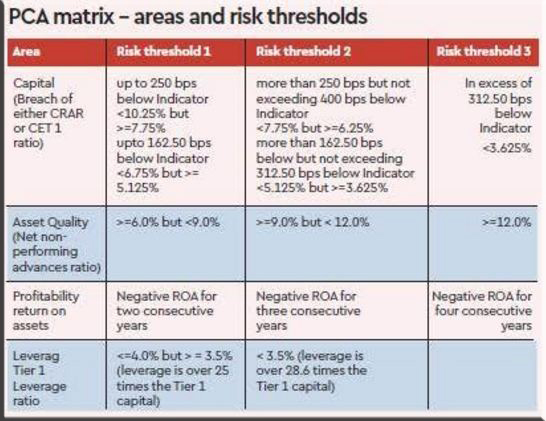