India’s three-stage nuclear power programme was formulated by Homi Bhabha in the 1950s to secure the country’s long-term energy independence, through the use of uranium and thorium reserves found in the monazite sands of coastal regions of South India.

India has been pursuing the following 3-stage Nuclear Power Programme : 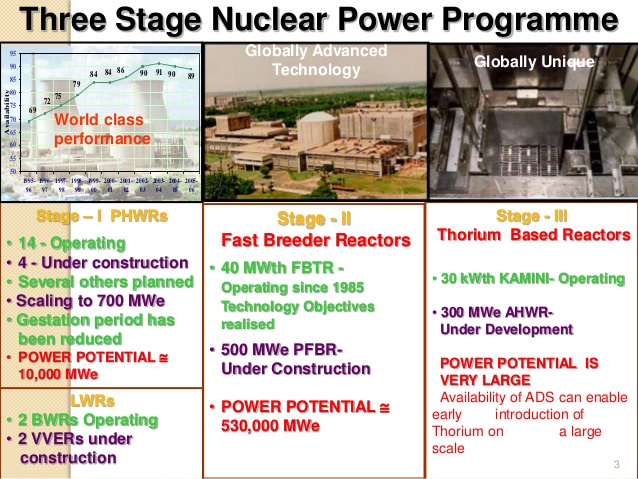