Skip to content
Background
Steps taken to provide immediate relief
Preparation by flood prone states
Coordination
Decentralised financing
Long term steps
Following the scientific approach
Challenges
Save the river to prevent flood and draught
Interlinking of rivers
Urban Management crisis
Disturbing trend
Solution of the issue
We have to see the role of and engagement of scientific institutions and research initiation in the country. These educational institutions have to play a larger role in risk reduction techniques. The world as a unity is now dealing with disasters. Everyone is getting affected by one disaster or another. Thus, the common risk, common vulnerability and common resources is expecting common minds to work together on disaster management.
AN OVERVIEW
River Systems and Associated Flood Problems
The rivers in India can be broadly divided into the following four regions for a study of flood problem:
Statutory Provisions about Flood Management
Existing Flood Management Mechanisms in India 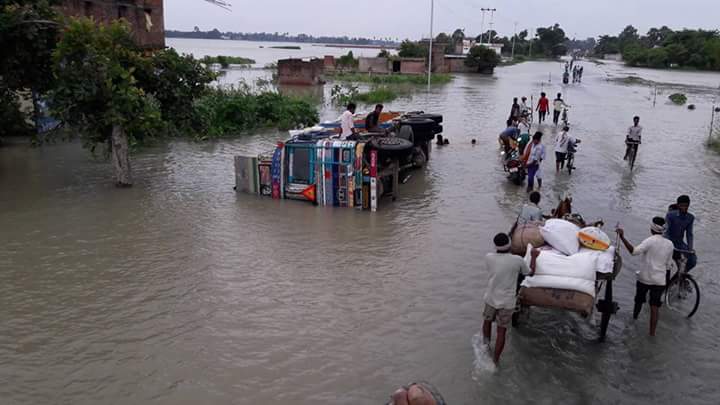 General Flood Management Measures practiced in India
Structural Measures
Administrative measures
Key Words:
Flood plain zoning: it is a concept central to flood plain management. It recognises the basic fact that the flood plain of a river is essentially its domain and any intrusion into or developmental activity therein must recognise the river’s ‘right of way’.
http://www.india-wris.nrsc.gov.in/wrpinfo/images/a/a3/Flood_Prone_Area_Map.gif
Related Questions: