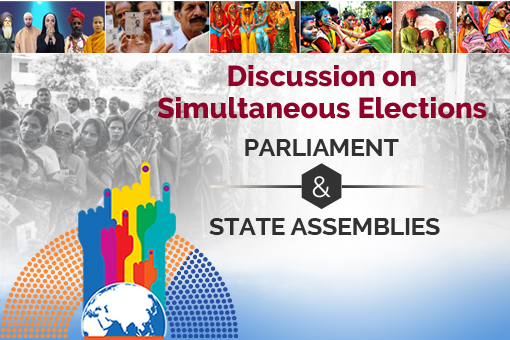 Has it ever happened?
Negatives of current system:
Positives of current system:
What Constitution says?
Way Out:
An alternative and practicable method is holding elections in two phases. Elections of some assemblies can be held at mid-term of Lok Sabha and remaining with the end of tenure of Lok Sabha. For this, the terms of some legislative assemblies may need to be extended while some of them may need to be curtailed. Election Commission is empowered by the Representation of the People Act, 1951 to call an election six months prior to the end of the normal term of the Lok Sabha or any state assembly.
Conclusion:
Simultaneous polls—Lok Sabha, states and local bodies—could be beneficial for both governance and the business model of politics. It will address the issue of delayed decisions that hurt the economy. Fewer polls will bring down the funding cost of frequent polls for parties. Additionally, simultaneous polls will enable parties to create capacity, vertically integrate interests. However, greater consensus is needed to proceed further on this.