Mayors
Why in news?
A private member’s bill was introduced in the parliament to provide for direct election, and empowerment of the office, of mayors in large Indian cities.
Why elect mayors directly?
What is the current framework in cities?
Currently, the executive, financial and administrative powers are vested with the municipal commissioner and his team of deputies, appointed by the state government and drawn from the IAS cadre.
What are the challenges in implementing this?
The concept should face the following challenges before it becomes a reality: 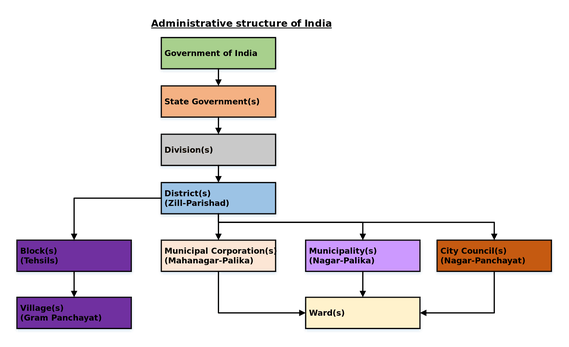 What needs to be done?
What is the current scenario?
At present, six states – Uttarakhand, Chhattisgarh, Jharkhand, Madhya Pradesh, Uttar Pradesh and Tamil Nadu – provide for mayors that are elected directly by voters for a five-year term. However, they remain mere figureheads with limited financial and functional independence. The actual power continues to lie with the state government, which runs the city through the municipal commissioner.
What else should be ensured?
Way ahead:
This calls for amendments to various Acts and laws, and these are likely to be contested. It necessitates the re-drawing of the administrative command structure, for example, the reporting relationship of the city’s police commissioner to the mayor and so on. Currently, the 74th Constitutional Amendment Act provides for the transfer of 18 different powers to urban local bodies, including the election of a mayor.
Conclusion:
The post of mayor should be important in itself and not just be seen as a stepping stone to state or national level politics. A directly elected mayoral system with a five-year term is a huge positive. However, for it to yield results, the government will have to ensure mandatory devolution of functions to municipalities, a more robust fiscal decentralisation and empowering of the mayor to hire staffers. In the present system, a mayor is not able to function because the power remains with the state government.