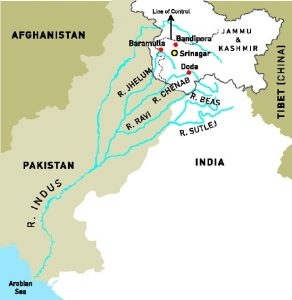 Why Indus River is important for Pakistan?
Around 65% of the Pakistan’s geographical area including entire Pakistan’s Punjab province is part of Indus basin. The water of Indus River is lifeline of Pakistan and is source of irrigation, hydro power and drinking water for millions of Pakistanis. If the water from rivers is stopped by India it can surely cut lifeline of Pakistan
Indian government had taken some decisions related to IWT in light of Uri attack:
What are possible ramifications of this step?
Decisions after Pulwama attack:
Why India needs to stop the excess water flow?
Related Questions: