Tuberculosis is an infectious, airborne disease caused by the bacterium Mycobacterium tuberculosis. It mainly affects the lungs. It can be transmitted from person to person through the air when people with TB cough, sneeze, laugh or speak, spit, propelling the germs into the atmosphere

Why TB is an issue?

and non-communicable diseases (NCDs). India is among signatories to the declaration. Moscow declaration emphasis need for fixing multi sectoral responsibility towards ending TB by 2035, the global target.

The government has envisioned following strategic steps to eliminate TB by 2025: 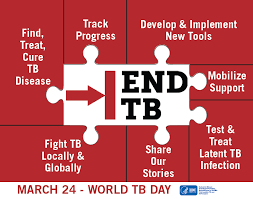