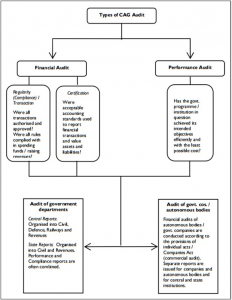 Demand to Make CAG accountable to Parliament
The present constitutional structure ensures independence of the CAG to go into the entire gamut of audit functions where public interest is involved.
It is useful to draw the public’s attention to Article 324 of the Constitution, which fully empowers the Election Commission of India (ECI) to superintend, direct and control the election of the President, the Vice-President and the legislatures, both at the Centre and in the States. Apropos the elections, the powers of the ECI are absolute and even litigation before the judiciary can only come after the completion of the election process.
In most Commonwealth countries, the legislative auditor is the Auditor-General, whose office is a core element of parliamentary oversight, and he or she reports directly to Parliament and to the PAC. In some instances, the Auditor-General is an officer of Parliament, with the latter guaranteeing him independence from the executive (as in the case of Australia and the U.K.) while in some other instances, he or she is independent of both the executive and the legislature, as in the case of India.

Independence of the CAG

As the chief enforcer of financial accountability of the government, it was imperative for the CAG to remain independent of the political executive and for the Constitution to demonstrate as such. This was guaranteed by provisions protecting the salary, tenure and pensions, prohibition on his removal save by impeachment and a bar on post-retirement employment. Curiously, no analogous protection was devised for the selection criteria and appointments mechanism which would be at the sole discretion of the executive.

Selection of the CAG

Nemo judex in causa sua i.e. no person shall be a judge in his own cause, is a fundamental principle of administrative law that governs conflicts of interest. Though the CAG is not a judge in law, his task of auditing government accounts, as a matter of principle, requires independence from the government analogous to that enjoyed by a judicial officer. Such a principle will unarguably be violated if an officer audits his own Ministry’s actions, irrespective of how upright he himself might be.

Currently the Comptroller and Auditor General of India is appointed by the President of India following a recommendation by the Prime Minister. The Supreme Court has repeatedly held that the test for determining whether a decision-making authority is perceived to be impartial is whether there is a reasonable apprehension of bias from the point of view of an average honest man. One of the key factors giving rise to such an apprehension is the manner of appointment. Also, High Powered Committee of The National Commission to Review the Working of the Constitution recommended that the power of appointment be kept “outside the exclusive power of the Executive”. Accountability demands that not only must processes of government be transparent; equally the government must publicly justify its decisions.

Thus, to ensure Independence of the CAG — firstly the appointment of the CAG should be facilitated by a Bipartisan collegium — Also, the list of candidates and criteria adopted must be made public — this will help in removing the “apprehension of bias”