Result of denial of abortions: 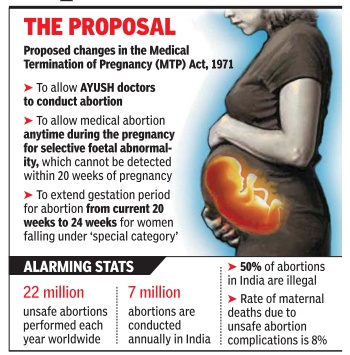