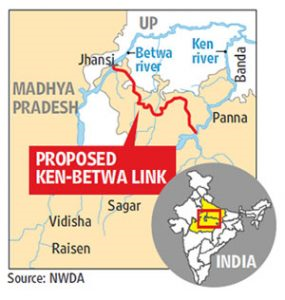 Significance of Project
Environmental Concern
Update:
The National Board for Wildlife (NBWL) has given its clearance for the Ken-Betwa inter-linking of rivers (ILR) project, paving the way to begin work for linking two rivers