Skip to content
The Buddhist Stupas were built at places where Buddha’s remains were preserved and at the major sites where important events in Buddha’s life took place. Stupas were built of huge mounds of mud, enclosed in carefully burnt small standard bricks. 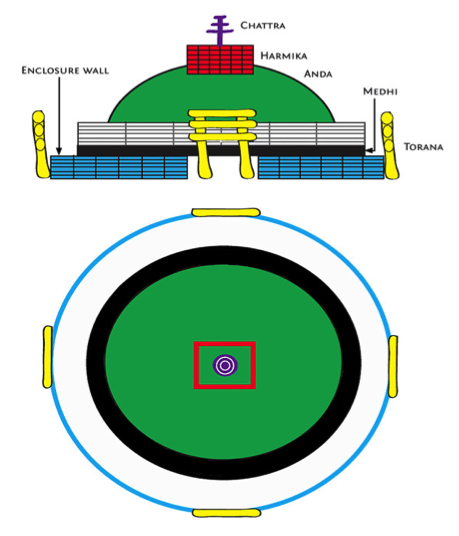