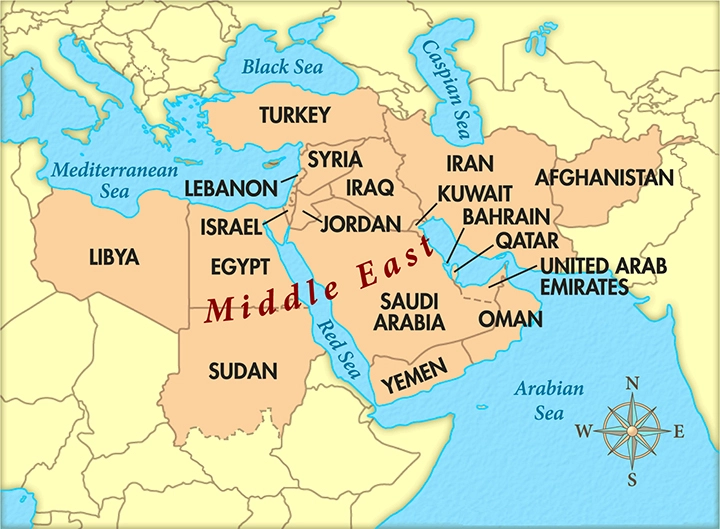 What is background of Saudi Arabia-Iran Conflict?
What can be the possible impact of normalization of relations?
Way Forward:
Previous Year Questions:
Q 1.) Which one of the following countries of South-West Asia does not open out to the Mediterranean Sea? (2015)
(a) Syria
(b) Jordan
(c) Lebanon
(d) Israel
Ans: (b)